What you’re looking at is the latest creation from Latvian carmaker Dartz which is known for building some of the most outlandish armored SUVs. Remember the gold-plated SUV from the movie ‘The Dictator’? Well, that’s the vehicle that made Dartz famous around the world. The newest offering created by Dartz Black Alligator MMXX – the Black Tiger Lunar edition. The armored SUV decked out in bright orange and black celebrates the Chinese New Year, which according to the Chinese Zodiac is the Year of the Tiger. While the Dartz Black Alligator that was launched a few years back was based on the Mercedes-AMG GLS63, the newest edition uses the ultra-luxurious Mercedes-Maybach GLS600 as a base. 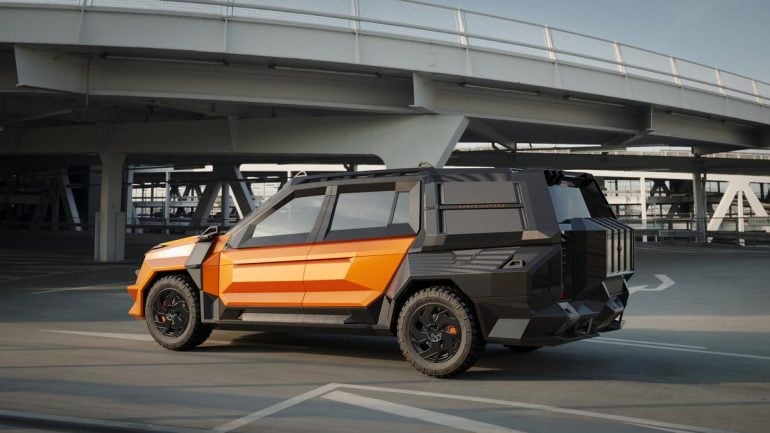 In terms of looks, the Black Tiger Lunar edition features an in-your-face styling that replaces Mercedes-Maybach GLS600’s rounded body panels with a cheap-looking bodykit with straight lines and sharp edges. There’s also a lot of naked carbon fiber. The turbine alloy wheels look equally hideous and are disproportionately small. There’s not much information on the interior but it’s just as flashy as the exterior and features alligator leather on various surfaces. 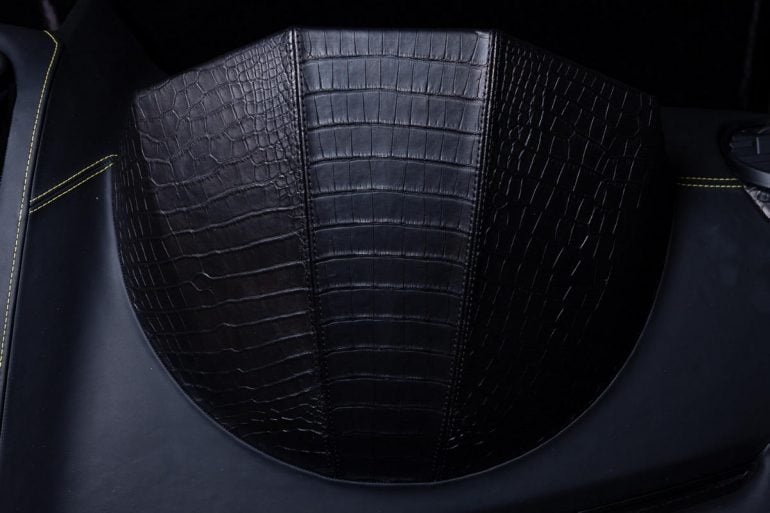 Most of the details revealed by the Latvian company are not very specific, especially in the case of specifications. Dartz claims the SUV approximately has the same curb weight as the 5,919-lbs donor car, which is questionable as armor-plating increases the overall weight considerably. The company said the armored SUV uses Sapphire glass sourced from the Bohemia region, which is twice as thin as normal glass but provides the same level of protection. The exact power figures were also not revealed; instead, Dartz just said that it has an additional “100-300 horsepower” over the Mercedes-Maybach which will help you “to escape villains before they can test your armor.” In case you need something lighter, the company is also offering a non-armored version which should be quicker thanks to its lighter weight. 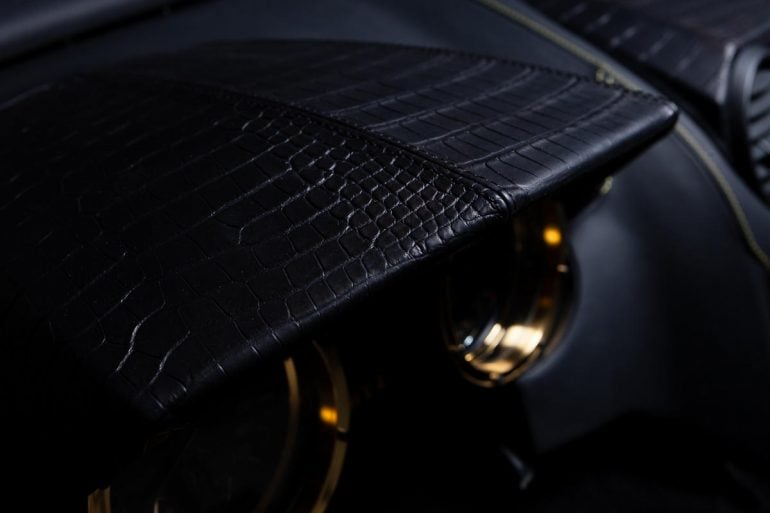 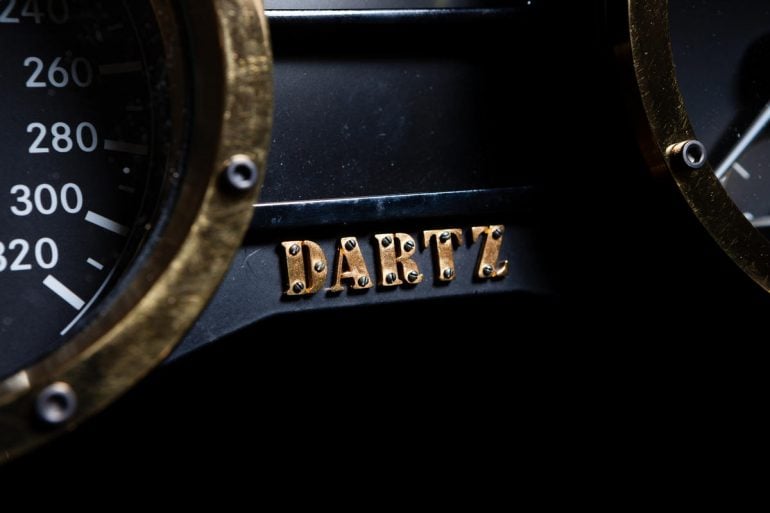 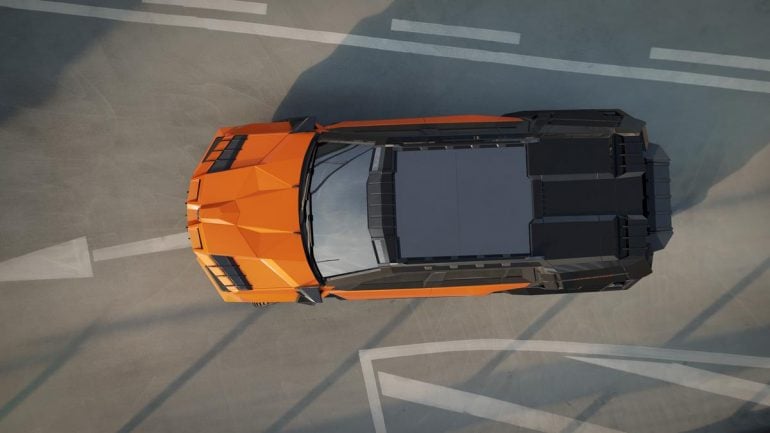 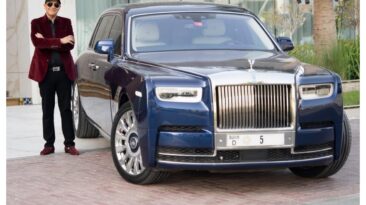 After being denied entry into a hotel for not having a fancy number plate on his luxury car – This Dubai man purchased the most expensive number plate for $9 million. 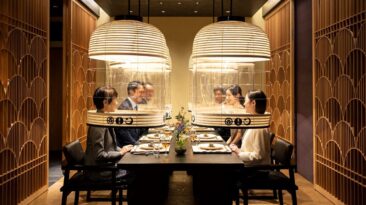 The Tokyo Lantern Dinner at the Hoshinoya ryokan in Otemachi, Tokyo provides transparent lanterns made from vinyl for dining guests to experience group dinners without... 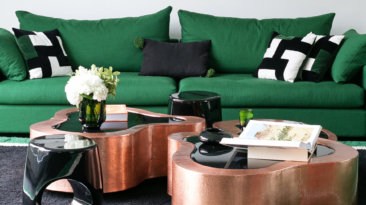 Inside A Parisian Apartment With An Artistic Touch

Located in one of the most eclectic zones in the city of lights, Paris, is an amazing apartment easy to fall in love with. Inside this luxury dream lais a beautiful and... 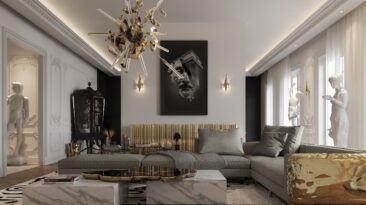 In Paris, the city of lights and the home of iconic design is nestled a luxurious and eclectic 1450 square feet apartment. An apartment fit for the most creative minds...

Who doesn’t know about the bestselling novel, ‘Around the World in Eighty Days’ that tells the story of British gentleman Phileas Fogg’s extraordinary trip around the... 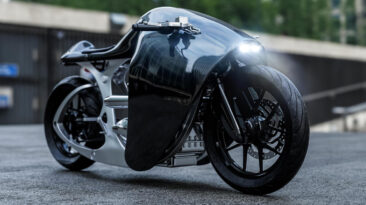 The Supermarine is an audaciously aerodynamic motorbike with an organic, manta-ray design

The Supermarine’s design has Bandit9 ‘s name written all over it. The Vietnam-based custom bike shop has carved out a unique niche in the larger custom motorcycle scene... 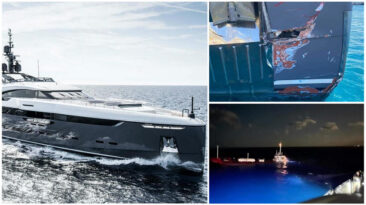 A 206 feet long, $79 million superyacht of an American millionaire rear-ended and sank an oil tanker in the Bahamas.

An accident of any kind is unfortunate, be it a car or a boat. But when it’s a massive 207 feet superyacht, the damage and despair are much more profound. In an... 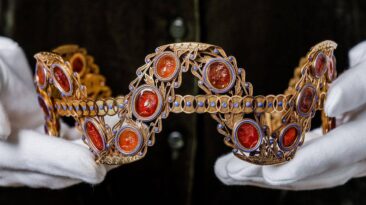 Tiaras belonging to Napolean’s wife Joséphine Bonaparte to go on sale for an estimated price of $690,000

If you wish to own a piece of royalty, here’s a deal for you! We’re talking about tiaras belonging to Napoleon’s wife Joséphine de Beauharnais, Empress of France, which... 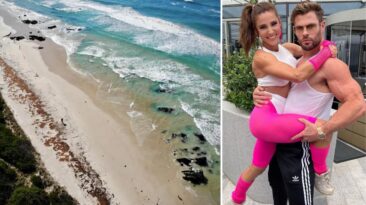 Chris Hemsworth has purchased a humungous oceanfront site in Tasmania, Australia that is almost twice the size of Central Park.

Rumor mills are abuzz that Chris Hemsworth may soon call Tasmania home. As they say, there is no smoke without fire; the Thor actor has given wagging tongues enough...