From floating cities to Immortality | Lifestyle

Take a look at the outlandish, absurd yet meticulously planned dream projects of the ultra-rich that will make you forget hyperloops and rockets.

Humans can make the impossible happen. All they need are three ingredients – time, money, and the crazies. Some of the most ambitious human fantasies have taken wing and received mass acceptance, but others have withered away as prototypes or indelible stains on pitch presentations. But when these crazies occur to the rich, they conjure all the resources they can to make these projects into a reality.

Some noble, others unthinkably absurd, these fantasies are fostered and nurtured under the watchful eyes of their funders with the right resources put to task. Albeit, the completion dates of these projects, more often than not, fall within the expected lifespan of these billionaires. After all, what is the point of building a fantasy you cannot live in? And so, through the visions and billions of the super-rich we saw visions of space tourism through Virgin Galactic, the possibility of traveling at 760 mph through Hyperloop, and even Jeff Bezos’ boyhood dream of the stars through Blue Origin.

Here are some of our favorite picks.

’10,000-year Clock’ by Jeff Bezos
Who was the richest man 10,000 years ago? We probably cannot say for sure. To make sure that this question doesn’t plague the minds of humans (if we still exist) 10,000 years later, Jeff Bezos is constructing a clock that will remind them (of him, of course, even if he doesn’t blatantly admit it) of times long gone. Also called the ‘Clock of the Long Now’, the clock is being constructed inside a mountain in West Texas. Originally the brainchild of Danny Hillis, who came up with the idea in 1986, the clock is designed to tick once a year and will chime once per millennium. From all the ambitious projects on our list, this one looks most likely to reach completion. The clock will be powered by the day and night thermal cycles. One can only imagine the precision of the clock, to be accurate 10,000 years later. 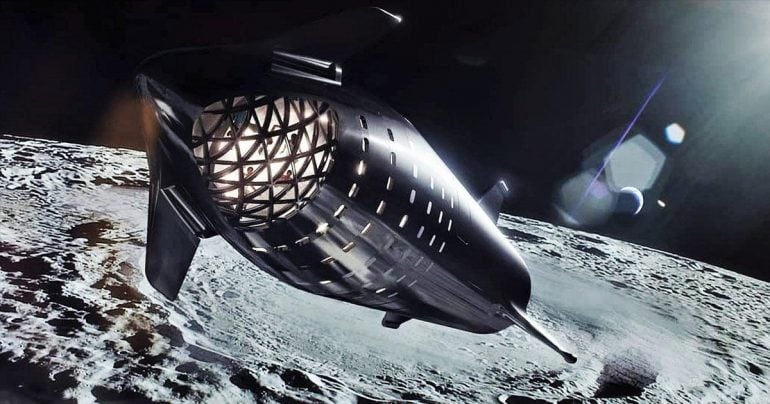 ‘A Trip to the Moon’ by Yusaka Maezawa
One couldn’t blame you if you just remembered a Pink Floyd song, but this one’s another close possibility. Japanese billionaire, Yusaka Maezawa, has invited eight individuals from the masses, to join him on a SpaceX flight to the moon and back. This modern-day ‘golden ticket’ opportunity will be given to people from around the world and will be fully funded by Maezawa. Of course, Mr. Musk is ecstatic about this mission. 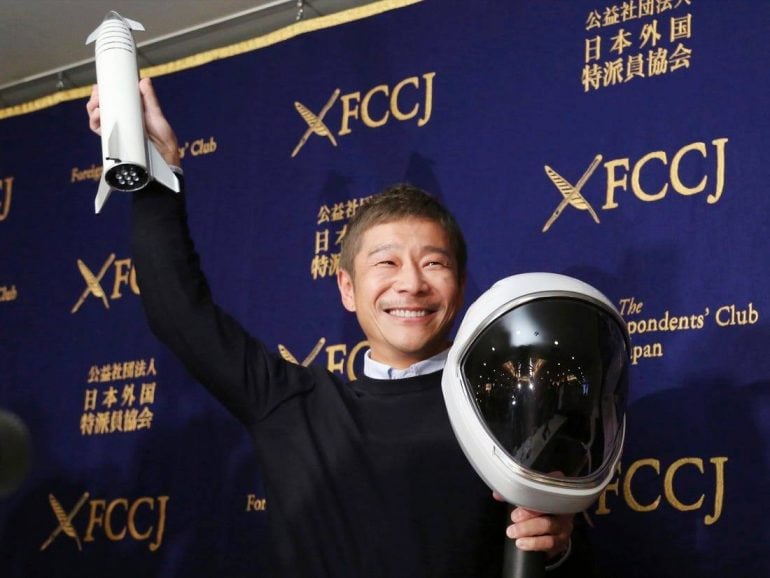 This could be the first lunar journey undertaken by human beings since 1972 and is scheduled for 2023. The sum for the tickets is a mystery still, but the kind billionaire has assured everyone that he has ‘bought all the tickets’ for the maiden flight. Where do we sign up? 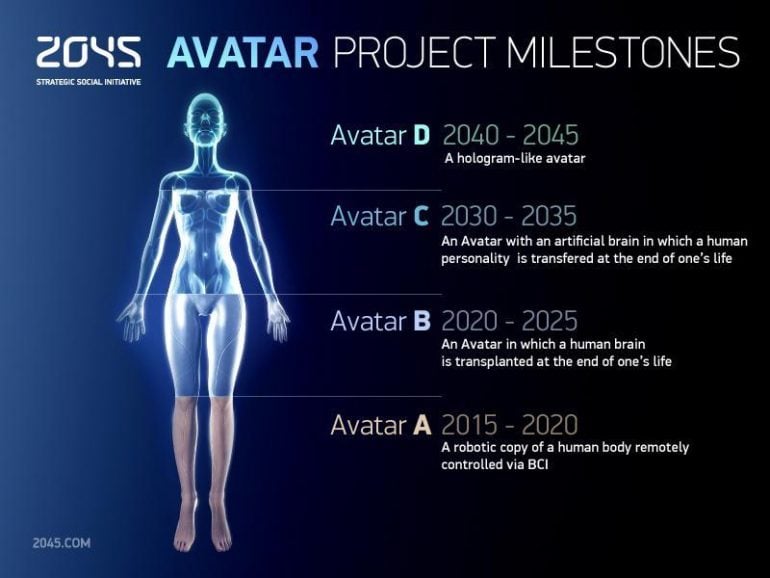 ‘2045 Initiative’ by Dmitry Itskov
This one’s straight out of Netflix’s Black Mirror. The 2045 Initiative is a dream of immortality, that isn’t the undying state of the body but of consciousness and is called cybernetic immortality. Dmitry Itskov, an internet media mogul, has set his focus on creating cyborgs that will record the consciousness of people long after they have passed. Using himself as the test subject to achieve this feat, with the support of some leading scientific minds, he aspires to make this fantastic possibility a reality. 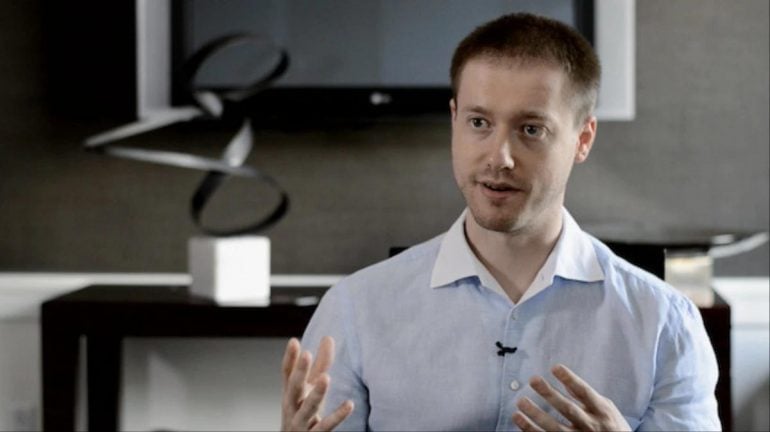 READ:  The most influential woman in America or the blonde everyone loves to hate – Here are 7 things you may not know about Ivanka Trump 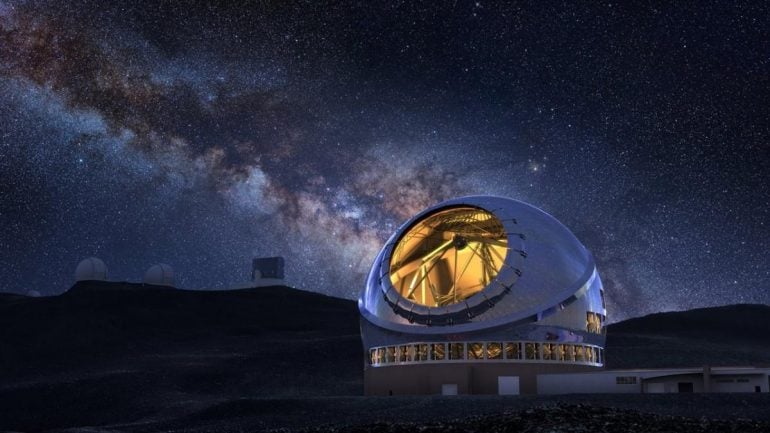 ‘30 Meter Telescope’ by Gordon and Betty Moore Foundation
This one raised a debate about the interpretation of conservation. As the name suggests, the 30 meter telescope by the foundation is planned to be set up on Hawaii’s Mauna Kea mountain, which is already becoming a popular observatory. The native people of the land objected to this idea because the mountain is a religious site for them. However, the Supreme Court ruled in favor of the builders, we can now expect one of the marvels of astronomy. As it goes with telescopes, the mirror is an essential part and this one’s 30 meters in diameter, made up of 492 segments of glass that are pieced together. The project is far-sighted (all puns intended), but will be able to resolve objects with an efficiency that is 12 times better than the Hubble Space Telescope. 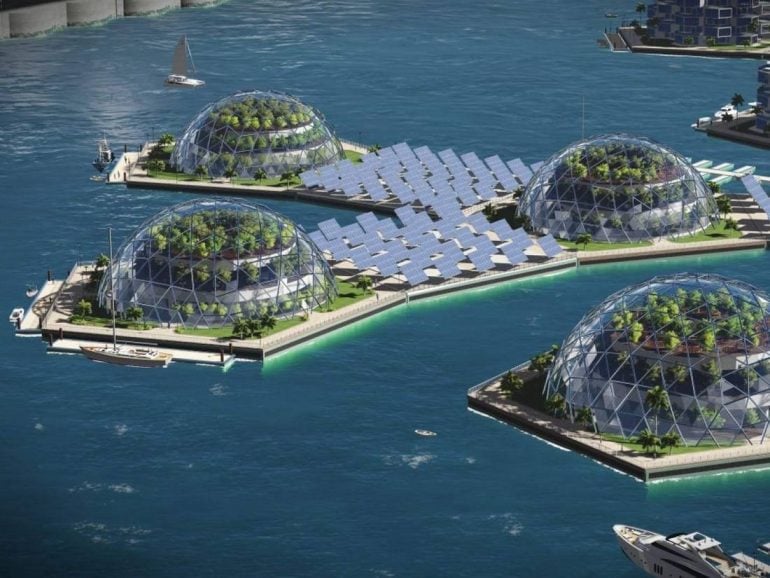 The Floating Cities of ‘Seasteading’ by Peter Thiel
When you first hear about ‘floating cities’ you may be reminded of the book ‘Mortal Engines’ where cities float around, devouring each other for resources. But Peter Thiel’s vision is on a more realistic project that may eventually become the only way for the world to construct its cities. His floating cities or ‘Seasteaders’ are meant to float on water. With rising water levels resulting from global warming, this could well be a reality – an amphibious existence. The project is destined for French Polynesia and will feature homes, restaurants, schools, offices, and more. These could be the gated communities of the future. 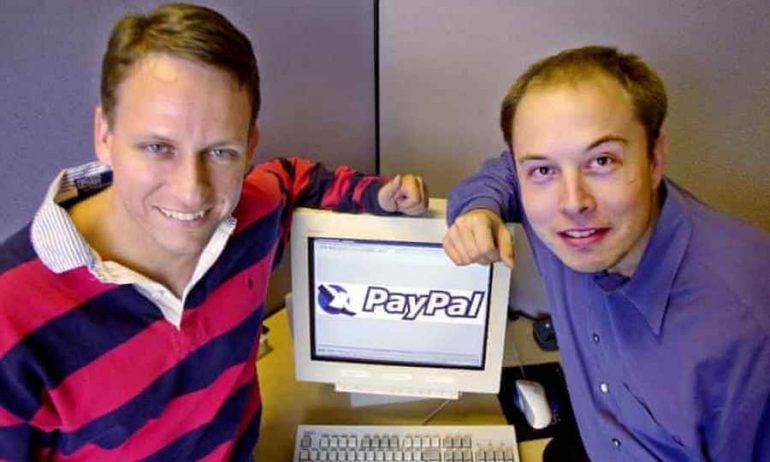 “Nearly half the world’s surface is unclaimed by any nation-state, and many coastal nations can legislate seasteads in their territorial waters,” said the Seasteading Institute, an argument that could make for fascinating fireside conversations by those who can begin affording such homes. 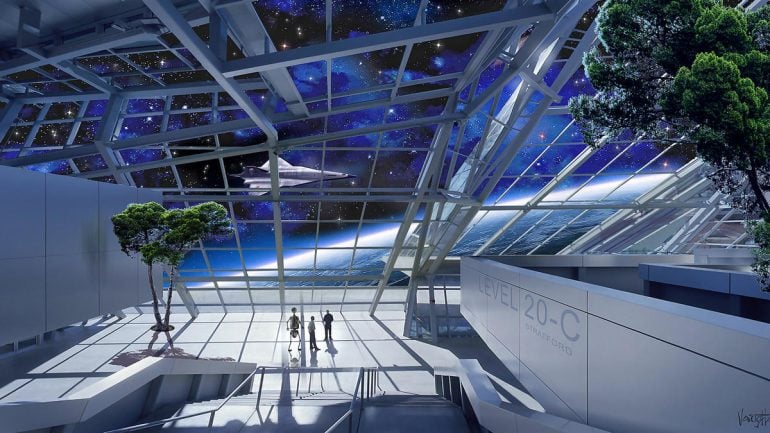 ‘Asgardia’ the space nation by Igor Ashurbeyli
What’s being rich without being powerful? What’s power without a title? Such may have been the thoughts that inspired Russian billionaire and rocket scientist, Igor Ashurbeyli. In a pompous ceremony, he declared himself the ruler of Asgardia, a utopian space colony that will be a nation in itself, with its own calendar, set of laws, and virtual currency. Artists have interpreted these colonies as giant habitat domes with neighborhoods that resemble the ones on Earth. At the time of writing, there were already over a million Asgardians who will be able to launch a business within the new nation and conduct events as well. 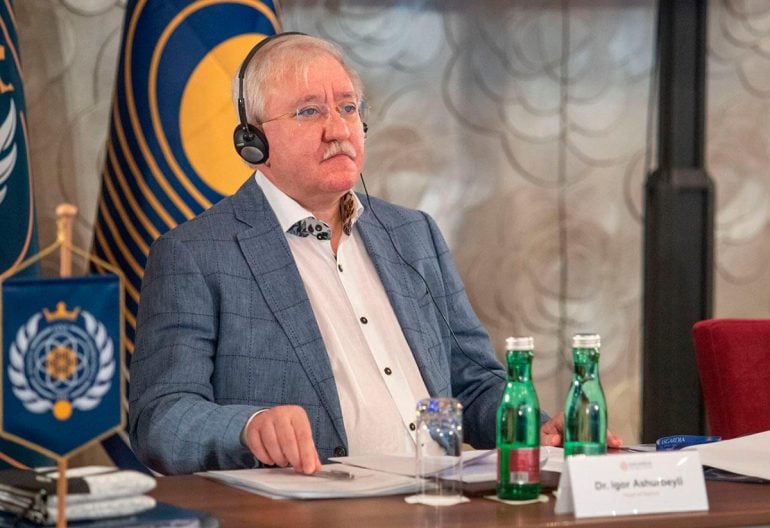 There are nearly 1,800 residents registered to live here, who can participate in elections and access all things important. Only 150 million people can sign up to be part of the project. So, if by now you’re brimming with FOMO, go for it.

Breakthrough Starshot’s ‘alien research’ by Yuri Milner
If you ever went looking for alien life you would choose a planet that’s a little closer to the sun. However, when a Russian-Israeli entrepreneur put his finger on a celestial body to explore, he went for one of the moons of Saturn instead. It’s called Enceladus (which reminds me of enchiladas) and is one of the planet’s small icy moons. However, under the surface of ice lies a nice warm ocean that is 30 miles deep and could hold the secrets of alien life. 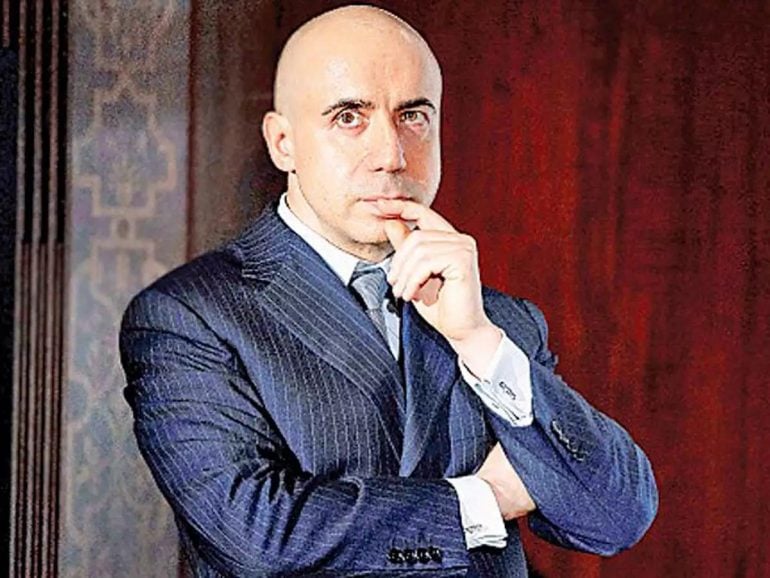 Initially, Yuri decided to do this all on his own, but soon signed an agreement with NASA who accepted the challenge and will be joining him in accomplishing this other-worldly dream. As for us screen-scrollers, we could only wish them luck. 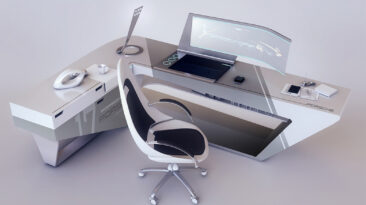 Porsche’s sleek design language is the inspiration behind this futuristic work desk!

Desks help define our workspaces. Following the pandemic’s toll on working conditions, desks have become the way we express our modes of working at home. Looking to the... 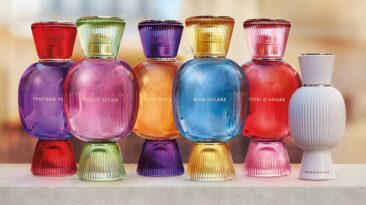 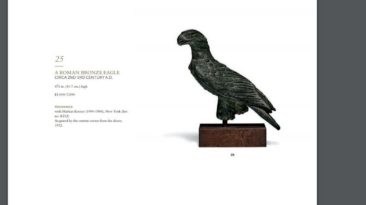 The theft of precious collectibles and their sale in undercover rackets is known. However, little do we expect such illegal trades to spiral their way into well-known...

Where To Shop – The Best Luxury Showrooms Jeddah

Jeddah is a city in Makkah province of Saudi Arabia, in expansion from an architectural point of view, whose development is also linked to the country’s recent choice to... 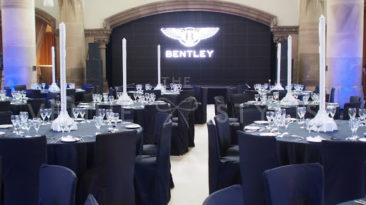 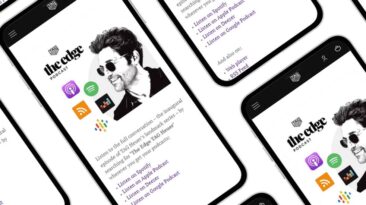 The Edge by TAG Heuer

A pioneer in precision timekeeping, master watchmaker TAG Heuer has unveiled The Edge, an exciting new listening and reading experience for a deep dive into... 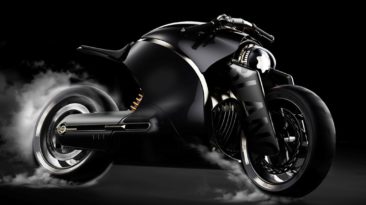 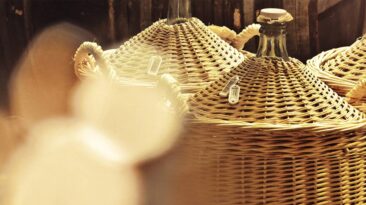